Shut it down with 3teeth as they bring their North American Tour to VENUE on Sunday, July 30th with Left Spine Down, Xiphoid Dementia & Black Ultra (of Amduscia Official) - Doors 8pm

Presented by Blueprintlive & The Invisible Orange

Catch all the action IG & Snap at @blueprintLIVE

"The legend says he's half human, half synthesizer..." 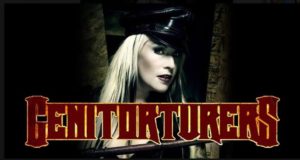 Presented By The Invisible Orange
http://www.theinvisibleorange.com/ Dance with the dead
https://dancewiththedead.bandcamp.com/ 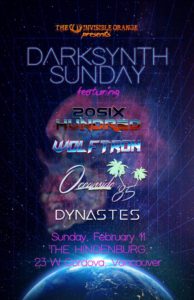 Skeletal Family with the Foreign Resort. Presented by The Dark Eighties. 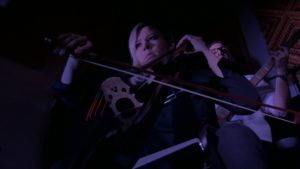 Alchemy Chamber is back with two new performance videos to support our upcoming album! 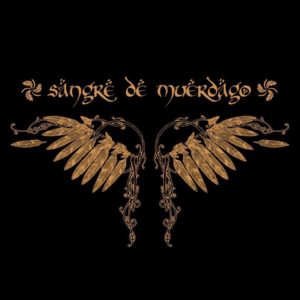 Presented by The Invisible Orange

Waveshaper is a Swedish artist inspired by the soundtrack scene of the 80s / early 90s. His sound is cinematic and melodic with a modern mix that reminds of the French House sound. He grew up spending a lot of time on Atari/Amiga and video games that clearly is represented in his tracks.

Waveshaper emerged back in 2013 and but the last couple of years has blossomed into one of the most well known artists in the so called Synthwave scene. In 2016 he released the album “Station Nova” on NRW Records (New Retro Wave) and contributed with 4 original tracks to the PS4 / Xbox game “Furi” OST, alongside names like Danger and Carpenter Brut among others.

With a gazillion albums and EPs under his belt already, Waveshaper’s rise to Syntwave stardom is imminent and if his most recent and universally acclaimed releases aren’t enough, just dig a little bit deeper into the Swedish artist’s discography to understand why he’s one of the fastest growing names in the scene. Aggro-tech pioneers from Mexico cast their blasphemies against humanity for the first time in Vancouver BC. clan of xymox
Dutch rock band formed in 1981.
Since their formation in their native Holland their music has been constantly changing, always challenging and often quite breathtaking. Some of us have always been of the opinion that XYMOX are something special. A band fired by electronic music but determined, always, to make something that is very much their own. They are unique.
Venue Nightclub (881 Granville Street. Vancouver BC)
Monday, November 12, 2018
Doors 8:00pm
Ages: 19 and over
Tickets on sale online at www.theinvisibleorange.com, in person at Red Cat Records - Main, Red Cat Records - Hastings, Neptoon Records.
Read more
Categories: Covenant Electro/Industrial/Avant-Garde Rock/Alternative
Nov
19
Mon
2018
WEDNESDAY 13 / RoadRash / 2 Shadows / Hunting Giants :: Rickshaw Theatre @ The Rickshaw Theatre
Tickets
Nov 19 @ 7:00 pm – 11:15 pm The Invisible Orange presents
Wednesday 13!
with Roadrash - band adn 2 Shadows
Monday, November 19, 2018
Rickshaw Theatre.
254 East Hastings St.
Doors 7:30pm | Show 8:00pm
Ages 19 and over
The Duke of Spook WEDNESDAY 13, will continue to support his highly successful Condolences release and embark on a North American tour this fall.
Comments mainman WEDNESDAY: "We’re really excited to be hitting the road this fall. Doing the first week with JOHN 5 should be nothing short of a MONSTER show, and we’re super stoked. We’re also really excited to be touring Canada, as this will be our first time with this many dates. Looking forward to playing some new places and performing for all of our Canadian fans. We will be wrapping up the tour on the West Coast at the world famous Whisky a Go Go right before we head to the studio to record the follow up to Condolences. Looking forward to seeing everyone on tour!”
Read more
Categories: Electro/Industrial/Avant-Garde Rock/Alternative
Feb
25
Mon
2019
WOLFTRON | 20SIX HUNDRED @ Pub 340
Tickets
Feb 25 @ 8:00 pm – 11:45 pm 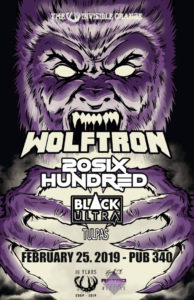 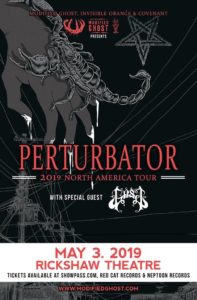 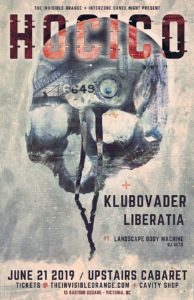 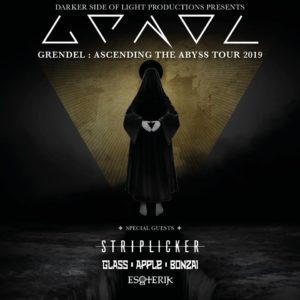 Musician and horror aficionado Joseph Poole embarked on his career in music in 1992 with Maniac Spider Trash. In 2004, Poole began recording under the moniker Wednesday 13, releasing the EP 6 Years, 6 Feet Under the Influence. 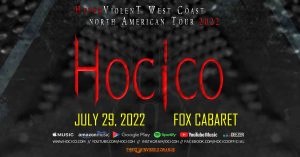 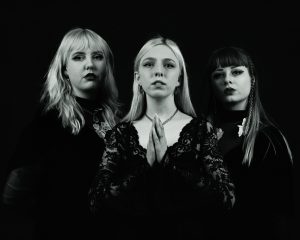