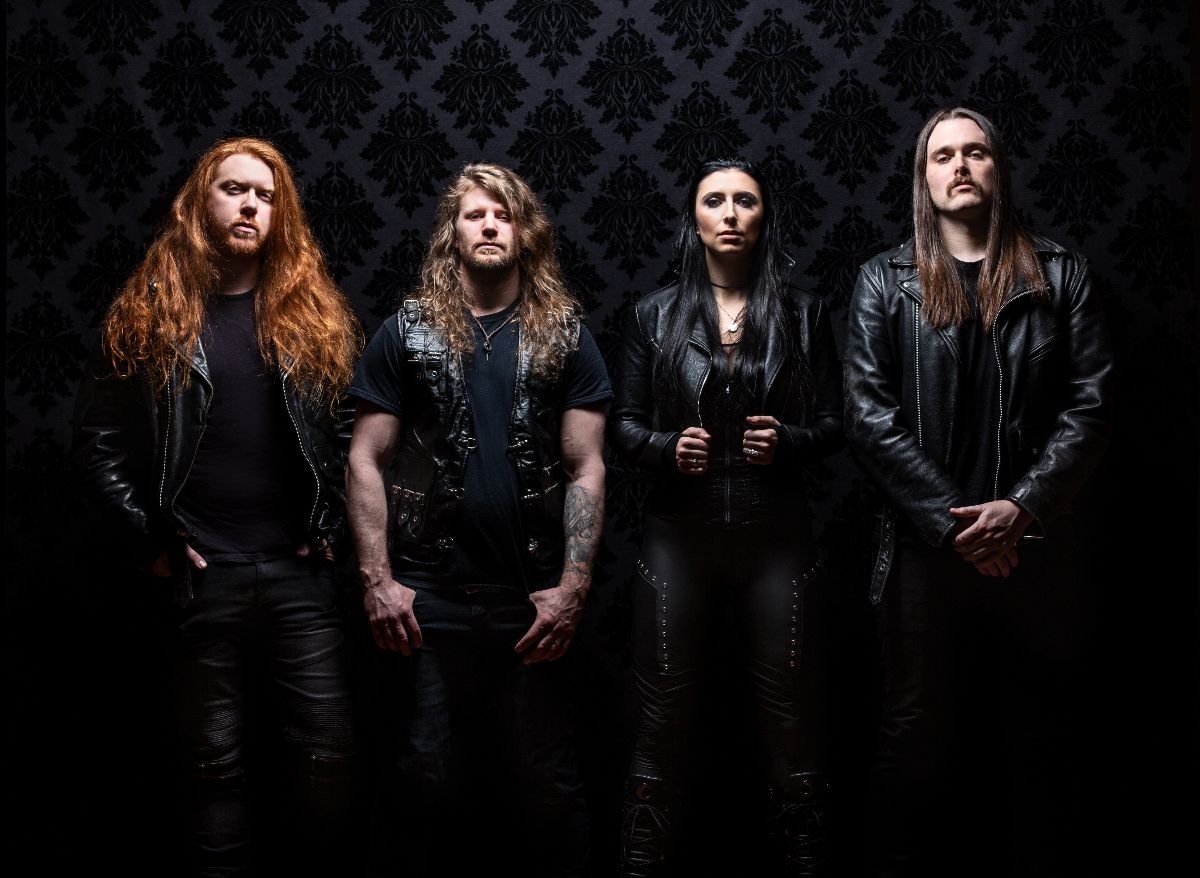 Earlier this month, Canadian melodic power metal quartet UNLEASH THE ARCHERS announced the upcoming release of their fifth full-length album, Abyss, out August 21, 2020 via Napalm Records. Lifted by the urgent, breathtaking vocals of frontwoman Brittney Slayes, on Abyss, the band re-cements themselves as an unequalled, undeniable metallic force with their strongest album to date.
Today, the band is thrilled to reveal a brand new, otherworldly music video for the album's colossal title track, "Abyss". Musically, the track unveils the diversity of UNLEASH THE ARCHERS, delivering one earworm moment after another. Its accompanying video, directed by Rod Scobie (also director of the band's music videos for "Awakening" and "Northwest Passage"), takes the viewer on a CGI rollercoaster ride – launching them firmly from the terrestrial plane to the celestial one. At first, the viewer could assume they're viewing a regular performance video, but little hints here and there begin to reveal that it is far from your average clip!

Frontwoman Brittney Slayes says about "Abyss":
"This track set the tone for the whole record; conceptually, lyrically, musically, it all started here.  Andy came up with the opening riff back when we were writing Apex, but I knew right away it didn't belong on that record.  When we finally started writing Abyss in 2019, this was the first song we wrote and it was the first song I listened to when the record was done. It symbolizes five years of hard work for us, and I think it does a great job of putting the listener in the right place emotionally to start the record. It hints at what the rest of the album is all about, but also doesn't give it all away, not by a long shot!" 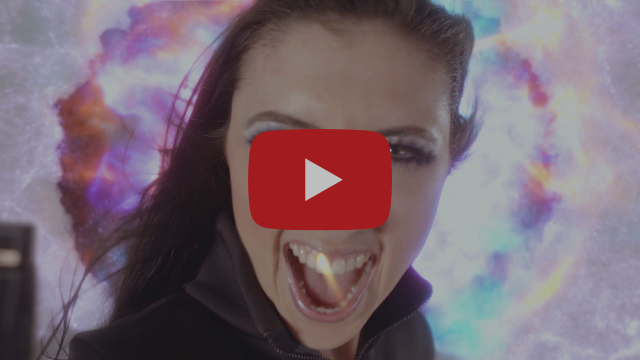 Beginning with a dreamlike acoustic introduction accented by the smoky beckonings of singer Brittney Slayes, opener “Waking Dream” quickly punches into a colossal wall of sound, setting the stage for the auditory escape that is Abyss. Powerful anthems such as the immense power metal-encapsulated title track “Abyss” and metallic pop-tinged earworm “Through Stars” conjure classic elements while maintaining an entirely fresh, forward-thinking approach. Guitarists Andrew Kingsley and Grant Truesdell turn heads with wicked work on stellar tracks such as “Legacy” (fans of artists like Devin Townsend and Astronoid, take note), while Slayes showcases her incredible vocal diversity and range on mighty epics like “Return To Me” and “The Wind That Shapes The Land”. Drummer Scott Buchanan makes technical strides on burners “Soulbound” and “Faster Than Light” – setting breakneck twists and turns ablaze with his bandmates. UNLEASH THE ARCHERS rounds the edge of Abyss with throwback-hued “Carry The Flame”, and wraps up with the soaring, rewarding concept closer “Afterlife”.

Thematically, Abyss is the direct sequel to the band’s 2017 album Apex. Brittney Slayes explains about the concept:

“Our protagonist, The Immortal, is once again awakened at the beginning of our story, but this time he is in an unknown place: a ship out in deep space. He wanders alone for a time, reflecting on his misdeeds, searching for his new master. Finally, he finds him, and learns that it is the Grandson of The Matriarch, our antagonist. The Immortal had taken The Grandson’s father away some sixty years before, to be sacrificed by The Matriarch in a ritual to achieve immortality (the events from Apex) and now the Grandson seeks revenge against The Matriarch with the aid of her own weapon, The Immortal.

This album is a classic take on good versus evil, light versus dark, The Grandson versus The Matriarch, but it also uses the ‘person versus self’ literary device in that The Immortal is battling with the good and evil within himself, and must decide in the end if he is simply a tool for others to use, or a man with free will and the ability to choose his own path; a struggle I think every human can relate to.”

Abyss was once again engineered, mixed and mastered by Jacob Hansen of Hansen Studios in Denmark (Volbeat, Delain, Amaranthe), with production by guitarist Andrew Kingsley. Additionally, transcendent closer track “Afterlife” features orchestration contributions from Francesco Ferrini of Italian symphonic death metal machine Fleshgod Apocalypse. Fans will notice that, unlike on Apex, Abyss incorporates a weighty dose of synth in the mix, and for the first time ever, all tracks were written on seven strings – adding to the massive expanse of the album’s sound as it explores the celestial realm. 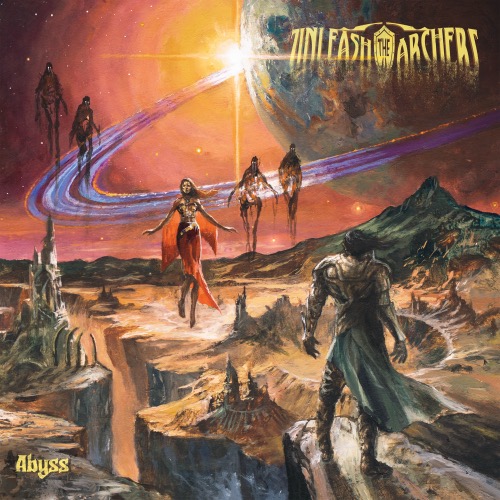 A limited edition Deluxe Earbook format is also available – the only edition including instrumental versions of each track, plus two bonus tracks – synthwave and gothic folk-pop versions of “Abyss” and “Soulbound”, respectively (also featured in a standalone 7” only available with the Earbook format). This is something UNLEASH THE ARCHERS has never done before, turning their tracks into something completely different! 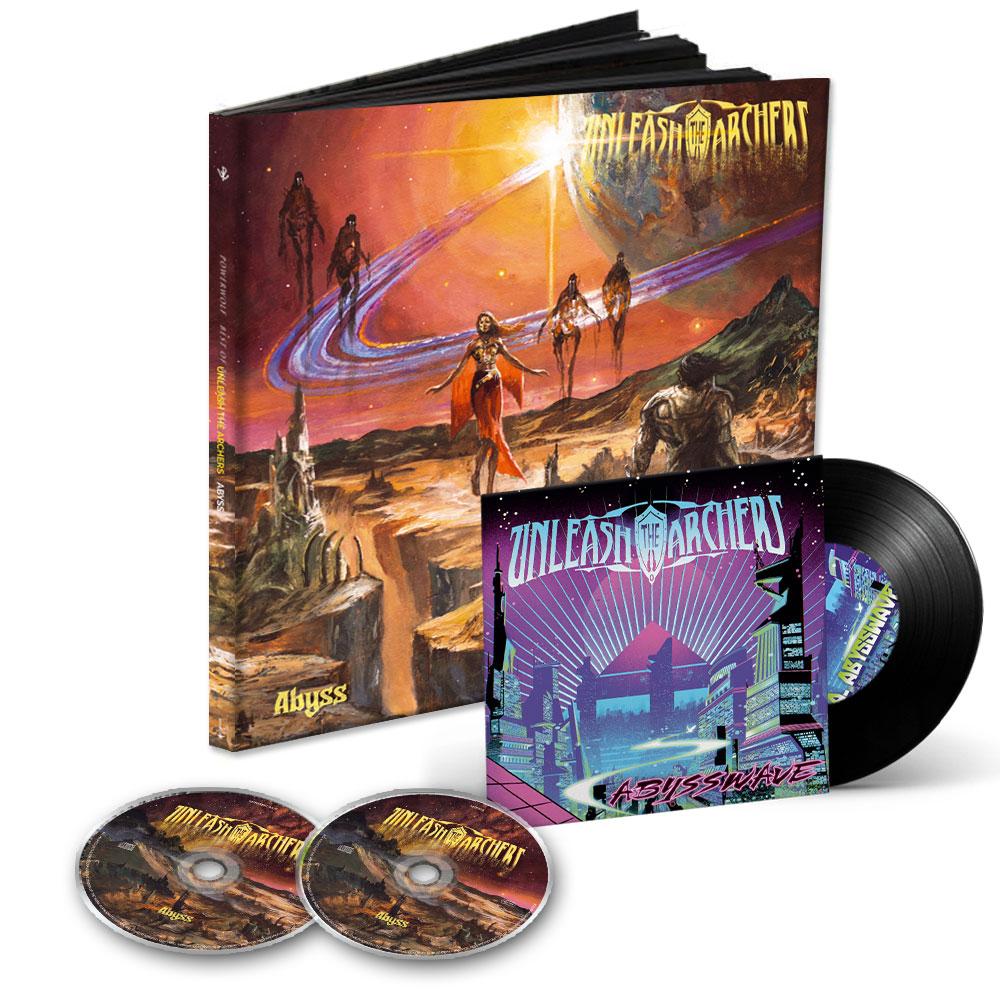